Special half year in the modern office market in Kaunas 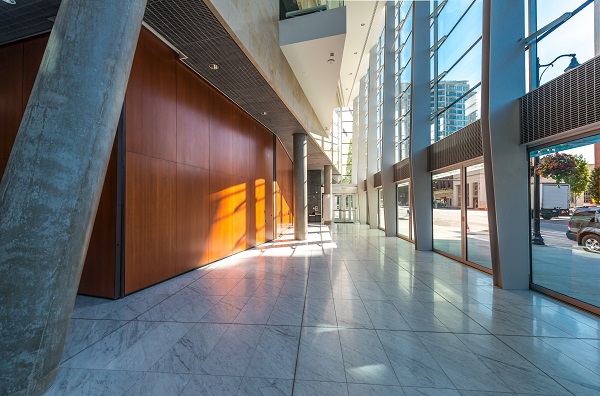 The city of Kaunas saw the fastest development of office space in the first half of 2018. Real estate developers and companies actively implemented different projects in terms of their scope for both own needs and for the market, offering a large amount of new office space. Nine office buildings were completed in Kaunas totalling 36,000 sqm (River Hall, CUBE, Arka, Kalantos 49, Nemuno 3, Inovacijų 3, K26A, KONVERSUS and Karaliaus Mindaugo Business Centre). Following the implementation of these projects, the modern office space market in Kaunas over the first half of the year increased by almost 27% and the supply in the middle of the year totalled 171,400 sqm.

‘The breakthrough in the construction of the new administrative buildings has been observed in Kaunas since 2017 and it is obvious that the new projects offered to the market affect the overall occupancy indicators. Despite the interest of the tenants in the new office space resulting from the development of both local and international companies in Kaunas, which is reported regularly, the situation in the case of each specific project is entirely different. Some buildings are fully occupied upon their opening, yet in other projects most of the premises do not yet have tenants,’ Raimondas Reginis, Ober-Haus Research Manager for the Baltics, said. In mid-2018, the overall occupancy rate of the office buildings built in the first half of the year in Kaunas was 67%.

According to Ober-Haus, a faster overall increase in the vacancy rate of modern office space in Kaunas has been recorded since Q2 2017, where over a period of a quarter it increased from 2.4 to 7.9%. In Q1 2018, it crossed the ten per cent threshold amounting to 10.8% and in mid-year reached a record high of 11.9% for this decade. The higher vacancy indicators were recorded in Kaunas only in 2009–2010.

Greater changes in the modern office market in Kaunas are expected in 2019–2020, when the projects currently in progress or in planning will be completed. The plans are really ambitious. Given the construction progress of the current projects and the development opportunities for the scheduled projects, in 2019–2020 approximately 10–11 new projects or new development stages of already completed projects are expected to be implemented which will offer up to 70,000 sqm of the useful office area to the market in the city.

The rapidly increasing modern office space of Kaunas and the current high vacancy rate should be seen as a positive factor. Kaunas is actually using its potential and in terms of the business expansion or the arrival of new enterprises it can directly compete not only with the capital city of the country, but even with other cities of the neighboring countries. A wider choice of office premises is a prerequisite for attracting financially stronger enterprises which also guarantee higher wages for the citizens.

Despite a 3–4% increase in rents of modern offices in the first half of the year, the average rent remains a fifth lower than that in the country’s capital. According to Ober-Haus, in mid-2018, the rents in B class buildings stood at 6.5–11.0 EUR/sqm, and in A class buildings – 11.5–14.0 EUR/sqm.

In the meantime, the construction of two projects was completed in the first half of this year in the country’s capital city: business centre LINK on Saltoniškių Street and the first phase of Vilnius Business Park on Ukmergės Street (built-to-suit project for Apranga Group). According to Ober-Haus, these projects supplemented 11,500 sqm of useful office area to the market of the city totalling 687,600 sqm of modern office space in Vilnius in the mid of 2018.

Tenants of office premises were very active and the vacancy rates in the operating office buildings were successfully reduced. A total of 37,300 sqm of modern office space was leased in the first half of 2018 in Vilnius (in the first half of 2017 the figure was 37,600 sqm) resulting in the decrease of the vacancy rate from 5.4% to 2.8%. The vacancy rate for A class offices was 0.9% and B class – 3.9%. ‘A lower vacancy rate in the country’s capital was recorded only in the period of 2006–2007. Given the development of office premises in recent years and their absorption indicators, it can be said that the development is more successful than it could have been anticipated,’ Mr Reginis said.

Completion of six new projects is expected in the second half of 2018 in the capital city offering almost 51,000 sqm useful office area. Developers have scheduled a sufficient number of projects for the choice of potential tenants in the coming 2 to 3 years. If taken only the projects currently in progress, in 2019–2020 the construction of at least nine new projects with over 80,000 sqm should be completed in Vilnius. At least 15 other projects (totalling approximately 150,000–160,000 sqm) are on the design phase and their construction progress will depend both on the capacities of developers and the overall situation in the market.

The well-balanced modern office space market is beneficial to both developers and tenants. The essentially stable situation in the levels of rents has been observed in the past three years and a wide choice has created good conditions for successful further development of this sector. The particularly high occupancy rates of office premises in Vilnius have determined an average rise of 2% in rents in the first half of this year. According to Ober-Haus, rents currently stand at 8.0–13.5 EUR/sqm for B class offices and 14.0–16.5 EUR/sqm for A class offices. In view of the current demand, the major portion of the premises in currently constructed buildings are likely to be successfully absorbed, which should further maintain essentially stable rents in the capital city.

A new project and decreasing office vacancy rate in Klaipėda

The office market in Klaipėda continues to fall short on major investment. ‘Little development in both local and international businesses in this city discourages further investment in the real estate sector. This is especially relevant in terms of the arrival and development of major international companies, which today essentially target only Vilnius and Kaunas. Since Klaipėda currently cannot compete for such companies with Vilnius and Kaunas, which have secured their solid positions, only symbolic investments in the development of office premises can be observed in Klaipėda since 2009,’ Mr Reginis said.

From time to time developers offer some small-scale projects to the market, bus they are essentially aimed at the businesses operating in Klaipėda region. The year 2018 is not an exception with only one project implemented in first half of the year. Stemma Management has completed renovation of an old administrative building (Business Centre 103) on the former site of Klaipėdos Kranai offering about 2,500 sqm of retail and office premises. According to Ober-Haus, in mid-2018, the modern office space area in Klaipėda totalled 68.600 sqm.

For a long time now Klaipėda has experienced a sluggish development in the offices sector and high vacancy rates. However, in the first half of 2018, the vacancy rate decreased from 17.1% to 13.4% and this is the lowest indicator since the end of 2008. One of the reasons for it was the decision of the managers of the largest Vitė Business Centre to offer vacant premises both for lease and for sale (this has reduced the amount of unoccupied premises in this business centre this year). ‘The lease of premises in this business centre built in 2009 has not been successful. For a long time a large amount of premises have been vacant in the building and this strongly contributed to high vacancy rates of modern office space in Klaipėda,’ Mr Reginis said.

No changes in rents have essentially been recorded in the first half of the year in Klaipėda. According to Ober-Haus, rents remain lower than those in Vilnius or Kaunas: in B class buildings they stand at 6.0–10.0 EUR/sqm, and in A class buildings – 10.0–13.0 EUR/sqm.