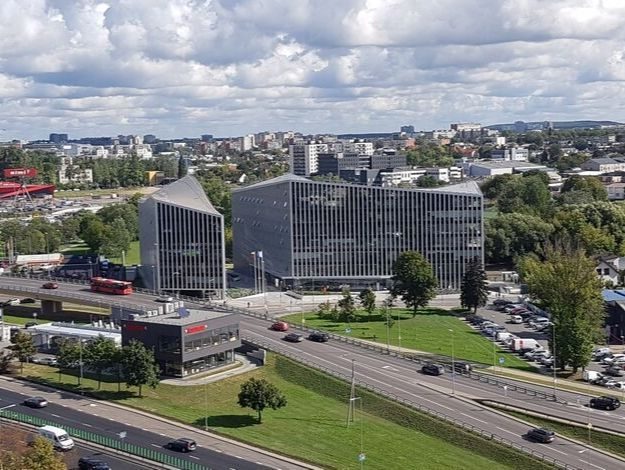 The latest data and surveys from multinational companies show that in the face of the pandemic commercial real estate investment markets are experiencing negative developments to a greater or lesser degree on a global scale. For example, according to the real estate services company Jones Lang LaSalle, a decline of one-third year-on-year in investment in commercial real estate was recorded in H1 2020 in the Asia-Pacific region. In Europe, the overall investment volumes in real estate remained high in H1 2020, but significant negative developments are already taking place in H2.

In H1 2020, acquisitions of modern commercial real estate (offices, retail, warehousing and industrial buildings and premises with an estimated value of at least EUR 1.5 million) totalled EUR 138 million in Lithuania. “Due to the relatively small size of the Lithuanian commercial real estate market and lower liquidity, which leads to large fluctuations in activity in a shorter period, it is difficult to compare even half-yearly indices,” Raimondas Reginis, Research Manager for the Baltics at Ober-Haus, said. For example, in H1 2019, investment transactions (finalised) totalled EUR 77 million in Lithuania. This was the poorest half-year indicator since 2013. However, in H2 2019, the situation was the opposite and the most active half-year in the investment transactions market in Lithuania was recorded bringing the annual total to EUR 463 million.

Comparing the results of H1 2020 with the historical indicators, the amount of investments is 19% lower than the five-year average (2015–2019). “The investment market is inert – sometimes it may take a year or even longer from a strategic decision to acquire a particular real estate to its acquisition, so judging by the results of H1 it is still difficult to assess the impact of the pandemic on the sector. But one thing is obvious – the vast majority of investments in H1 2020 was determined by previous agreements for the acquisition of real estate,” Reginis said.

Like in the previous year, the major part of investments in Lithuania (86% of the total amount) accounted for the acquisitions of office buildings. In H1 2020, one of the largest office transactions in the history of Lithuania was finally completed when the third S7 office building was purchased by the Swedish investment company Eastnine. At the beginning of 2019, Eastnine signed an agreement with Galio Group regarding the acquisition of three S7 office buildings in Vilnius and these acquisitions were completed in stages (after the construction of each building was completed and the tenants moved into the building). In mid-2020, another large-scale transaction was announced, which had already been agreed in previous years. Investment company Zenith AM (jointly managed by Zenith Family Office and Dao Family Office) acquired the second building (East Hill) of the Park Town Business Centre in Vilnius from Darnu Group. According to Ober-Haus, the total value of these two transactions is EUR 86 million or 62% of the total investments in H1 2020.

The third largest investment transaction in the first half of this year was also executed in Vilnius. At the end of 2019, fund controlled by Lords LB Asset Management announced of its intention to acquire the IBC office building complex managed by INVL Baltic Real Estate. This EUR 33 million acquisition transaction was completed in March this year.

Acquisitions of smaller commercial and industrial real estate objects in the country’s capital and other cities of Lithuania, which ranged between EUR 3–6 million, accounted for the remaining part of the total H1 investment (EUR 19 million or the remaining 14% of all investments in H1 2020).

Surveys of the global market participants show that investment volumes in individual real estate segments (offices, logistics) are expected to grow in H2 2020. Meanwhile, expectations for the retail property sector are much more moderate and market participants expect recovery in 2021 at the earliest.

Looking at the results of H1 in Lithuania and the caution regarding the prospects of the country’s economy as well as the real estate development in the near future, it is very difficult to expect bolder steps by investors in both Lithuania and the Baltics. According to Reginis, in Q2 2020 of this year, due to the existing situation, both the buyers and sellers of commercial real estate remained passive, which means that strategic decisions regarding acquisitions made in H2 2020 will be reflected in the transaction statistics at the end of the year or in 2021.

Therefore, it is currently very difficult to expect another very productive year in the Lithuanian investment market and it is very likely that the total annual volumes of investment transactions this year will return to the level of 2014–2016 (EUR 220–270 million).

“Provided the overall performance is again significantly improved as a result of a larger investment in the office segment, as we have seen it in recent years. Despite the rapid growth in the global popularity of telecommuting, the high-end office segment is expected to remain among the most coveted investments among potential investors. Rapidly built office projects in Vilnius and Kaunas will offer a wider choice of quality real estate compared to other real estate segments, especially if such offices have financially sound tenants resistant to current pandemics,” Reginis said.