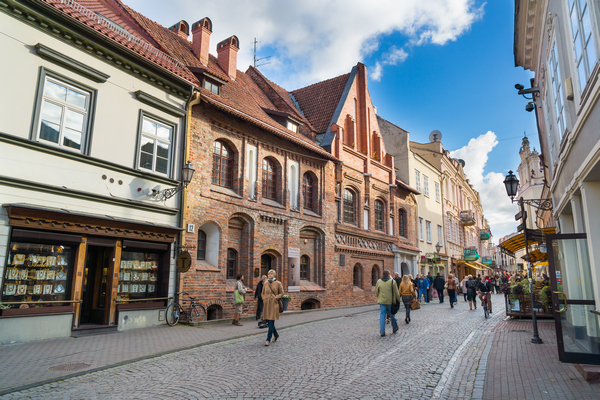 In Q2 2020, it was very obvious what challenges the entire retail and retail space sector was facing in Lithuania: essential closure of the major shopping centres, empty city streets and closed operations of small traders. It was really strange to see how the shopping streets of Vilnius, which attract the largest flows of people, became deserted.

Last time similar moods prevailed was at the peak of the global financial crisis in 2010, when about 15–20% of the premises in the main shopping streets of Vilnius (Gedimino Avenue, Pilies Street, Didžioji Steet, and Vokiečių Street) were closed. However, as the country’s economy began to recover, businesses returned to the shopping streets of Vilnius and within two years (in mid-2012) the vacancy rates of the retail space in these streets fell to 7.6%.

What was the mood of retailers and the situation in the retail space sector in the shopping streets of the largest city in the country after the end of the lockdown? “A survey on the situation in the main shopping streets of Vilnius conducted by Ober-Haus at the end of June 2020 provides an opportunity not only for a detailed overview of the current situation, but also for an assessment of the structural changes that have taken place in the central part of the city over the past eight years. An identical study was also conducted in mid-2012,” Raimondas Reginis, Research Manager for the Baltics at Ober-Hause, introduced the survey.

With the official end of the lockdown in mid-June this year, most retail space users rushed to resume their operations. However, depending on the area of ​​their activity, some delayed restarting their operations or were forced to close down altogether, as a result, the owners of the premises had to look for new tenants for the vacated premises. According to Ober-Haus, in mid-2020, the vacancy rate in these streets stood at 11.0%.

It is important to note that for the purpose of the survey “vacant premises” were considered those premises that had the essential characteristics of vacant premises: they were empty, vacated by former tenants or were officially or unofficially advertised as available for rent. According to Ober-Haus, the highest vacancy rate was recorded in Vokiečių Street (12.5%) and the lowest in Didžioji Street (7.3%). The vacancy rate in Gedimino Avenue stood at 11.8% and in Pilies Street – at 11.3%.

“Looking at the historic data concerning Vokiečių Street, this street has been undergoing significant changes. First of all, during the past eight years the vast majority of tenants have changed and it is likely that we will see further changes in this street when the reconstruction of the street initiated by Vilnius City Municipality starts,” Reginis said.

Although the vacancy rate is higher now than eight years ago, the number of retail units in these streets (located on the ground floor of the building, with at least one window facing the street and suitable for commercial activities) has increased by almost 11%. In mid-2012 there were 264 such units, in mid-2020 – 292.

The most interesting and noticeable are however the structural changes in these streets. The supermarket boom in the country’s capital prior to 2009 changed the face of shopping streets. Since then, the number of outlets selling clothing, footwear or accessories has decreased and they are being replaced by tenants providing entertainment, food catering and other services. Ober-Haus estimates that since 2012, the share of tenants selling clothing and footwear on these streets has fallen from 20.1% to 18.3%, while the share of restaurants, cafes, bars and fast food outlets has risen from 28.9% to 38.6%. In mid-2020, a little over 100 food and drink outlets were recorded on these four streets.

Meanwhile, the share of food and drink retailers decreased from 5.6% to 3.8%, jewellery, accessories, souvenirs and cosmetics retailers decreased from 16.1% to 15.3%, and the share of the rest of the tenants (beauty salons, offices, pharmacies, banks, bookstores and other retail or services units) decreased from 29.3% to 24.0%. The decrease in the number of banking and credit union customer service units is however most noticeable. If in mid-2012 there were 15 such units in the major shopping streets in Vilnius, so currently there are only 3.

“The ever-expanding opportunities for online shopping also determine noticeable changes in the shopping streets of the cities. Therefore, retailers in these streets face at least several challenges at the same time: reduced target flows of buyers, high rents of the premises and not flexible tenancy terms and conditions,” Reginis noted.

For example, if some tenancy agreements in supermarkets are fully or partially linked to the turnover of the tenants, so in the shopping streets of cities a fixed rent is usually agreed between the owner and the tenant. There is currently a global debate about what urban shopping streets will look like in the future, but there is general consensus that such streets will increasingly need to focus on a variety of services and experiences (food catering, entertainment, education, leisure and cultural activities, flexible workplaces, pop-up shops, etc.) rather than on traditional trade.

The lockdown and clear decline in tenants’ expectations for the future have also adjusted rents for retail premises in Q2 2020. According to Ober-Haus, in mid-2020, rents for medium-sized (about 100–300 sqm) retail premises in the main shopping streets of Vilnius (Gedimino Avenue, Pilies Street, Didžioji Street and Vokiečių Street) stood at 15.0–43.0 EUR/ sqm and were on average 6% lower than those at the end of 2019. Meanwhile, in Kaunas, Šiauliai and Panevėžys rents for retail premises in the main shopping streets of the cities fell by 3–5% in H1 2020, while in Klaipėda they remained largely stable. In mid-2020, rents for medium-sized retail premises in Kaunas stood at 11.0–18.0 EUR/sqm, in Klaipėda – 9.0–15.0 EUR/sqm, and in Šiauliai and Panevėžys – at 5.5–12.0 EUR/sqm. “Tenants of retail and services premises and owners of the premises were the first in the commercial real estate market to experience the consequences of the current pandemic and quarantine on their business. The abrupt closure of the business and vague prospects for the future forced many tenants to request for significant discounts from landlords, and some were even forced to close down altogether,” Reginis said.

Despite the end of the lockdown and the resumed activities, potential tenants of retail premises are much more cautious about their future prospects and see much higher risks than before the pandemic. As a result, landlords are also forced to reconsider their pricing and negotiate with long-term tenants on more flexible terms than before. As the virus and the various business constraints associated with it have not disappeared, and the situation may quickly change for the better or for the worse, there will be challenges to individual retail units in the retail segment in H2 2020.