Home / News / Housing market performance: before and after the quarantine

Housing market performance: before and after the quarantine 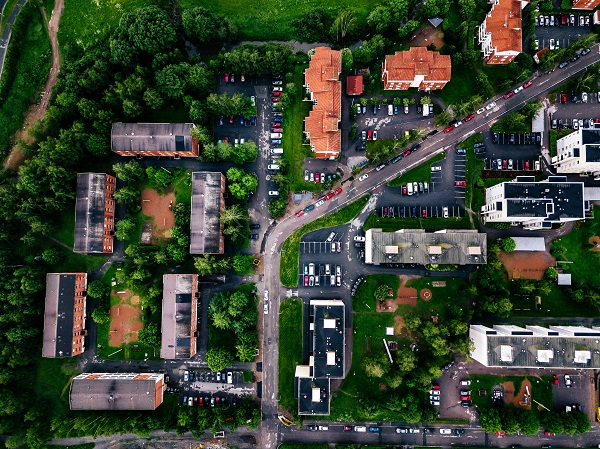 The year 2019 and the beginning of 2020 was an extremely active period in the Lithuanian housing market. The 2019 indicators stood out with record expenditure for the purchase of residential property, the overall housing market activity and changes in sales prices and rents of apartments. Q1 2020 promised another successful year for the housing market in Lithuania, however due to the global COVID-19 pandemic and the quarantine imposed in Lithuania in mid-March, the situation has changed dramatically in the entire real estate market, reported in the latest overview of the residential market in Lithuania by Ober-Haus.

“While the overall main indicators of the Lithuanian housing market in Q1 2020 were very optimistic, the first quarter should be divided into two periods – before imposing the quarantine (16 March 2020) and the second half of March. The second half of March was the opposite of what had been recorded in the Lithuanian housing market in 2019 or in January-February 2020,” Saulius Vagonis, Head of Valuation & Analysis at Ober-Haus, said.

In contrast to the housing sale segment, minor negative price developments were already recorded in the apartment rental market in Vilnius in March. Vilnius has the largest amount of rental property of all major cities in the country, and in the second half of March experienced the biggest drop in the customer traffic in the short-term rental segment.

“Some property owners realized that the closure of national borders and the sudden disappearance of the tourist traffic (which is the main drive for the short-term rental segment) as a result of the pandemic could cause short-term and even long-term problems in the entire accommodation sector. Some property owners applied significant discounts on the short-term rent of apartments, while other owners decided to offer them to local residents for a longer period of time. This resulted in additional volumes of long-term rental apartments on the market, which slightly adjusted the overall price level in the market,” Vagonis said.

According to Ober-Haus, in March 2020, rents for 1–2 room apartments in Vilnius decreased by an average of 1–2 %. Rents of apartments remained stable in Kaunas and Klaipėda in March.

Looking at the realisation of newly built apartments it is also clear that March 2020 had a negative impact on the overall result of the first quarter. According to Ober-Haus, in Q1 2020, 1,380 newly built apartments were sold and reserved directly from developers in Vilnius, in Kaunas – 164 apartments and in Klaipėda – 107 apartments. Comparing Q1 2020 with the average of the four quarters of 2019, the sales volumes in the primary market decreased by 4% in Vilnius, in Kaunas – by 35%, and in Klaipėda – by 9%.

In Kaunas and Klaipėda, compared to Vilnius, a noticeable decline in the realization of newly built apartments is also linked to the recent decline in construction volumes, not only to the pandemic.

For example, the largest number of apartments since 2008 was built in Kaunas in 2018 (997 apartments), while in 2019 and 2020 a slowing down in apartment construction was recorded (836 apartments in 2019 and 750 apartments planned in 2020). Therefore, in 2017–2019, a significant surge in the realization of apartments in the primary market was recorded in Kaunas. The high realization indicator also cannot be repeated today due to the shrinking supply factor. In the meantime, it is the opposite in Vilnius, where we can see an increasing construction of apartments, which in 2020 should peak since 2008 (according to the estimates of February 2020, about 5,200 apartments are planned to be built in Vilnius). So buyers in the capital city have a very broad choice of new housing, which is reflected in the sales statistics. In Klaipėda, like in Kaunas, construction volumes are decreasing: According to Ober-Haus, if in 2019, 421 apartments were built for sale, so in 2020 it is planned to complete 350 apartments.

“Looking at the prospects of Q2 2020 in Lithuania’s housing market it is clear that we will record much poorer indicators than in Q1 2020. The prolonged period of quarantine, negative news flow about the overall economic situation in the country, more conservative funding for housing purchases and deteriorating expectations of the population may put the overall activity of the housing market in Q2 to long-unseen lows. At the same time, this may have a negative impact on the sales prices and rents of residential properties and call for adjustment in the plans for the development of new housing,” Vagonis said.