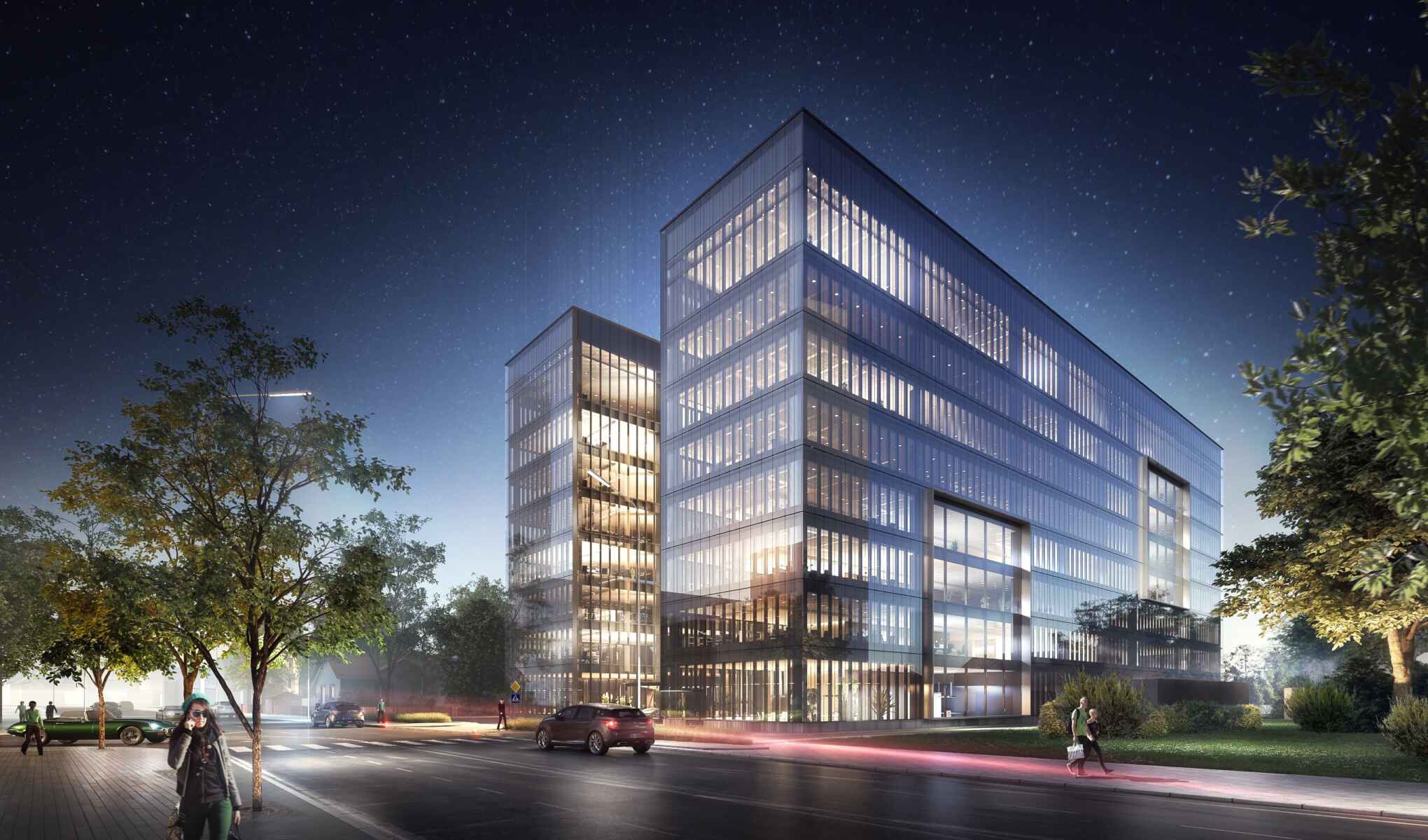 In the first half of 2019, construction of four office buildings was completed in Vilnius: the second building of S7 project (tenant – Telia Lietuva), the second building of Duetto project, an administrative building of the INHUS Group and a business centre in the multifunctional complex Live Square. As reported in the Ober-Haus H1 2019 office market overview, during the past decade, these projects supplemented the market of the capital city with 25,700 sqm of useful office space. At the end of H1 2019, the area of modern office space in Vilnius totalled 744,000 sqm.

Tenants of office premises have been very active this year and continued to reduce vacant spaces at newly opened office buildings and to sign preliminary lease agreements in the projects in progress. The total floor area of modern office space leased within the first half-year in the country’s capital amounted to almost 39,000 sqm or 5% more than during the same period last year.

The unfading interest of tenants further reduced vacancies in the completed office buildings. During the first half of 2019, the office space vacancy rate in Vilnius decreased from 3.7% to 3.0%. The vacancy rate of A class offices was 2.5% and B class – 3.3%. Over the past decade, the vacancy rate under 3% was recorded in Vilnius only in Q2 and Q3 2018.

The second half of 2019 promises to be even more active in the modern office market in Vilnius. With the planned completion of seven new office buildings, the modern office space market in Vilnius should be supplemented with nearly 67,000 sqm useful office space. The tenants moving into these new buildings will vacate their currently used premises in other buildings, giving space for other potential tenants. Since many projects are scheduled to be implemented in the second half-year, sufficient changes could be seen in the office rental market by the end of 2019 and the beginning of 2020.

If all these projects currently under construction are implemented as scheduled, the total annual supply will be the largest in history with over 90,000 sqm. The record year in the office market in Vilnius was considered to be the year 2008 when eleven administrative buildings were completed totalling 86,500 sqm of useful office space.

Despite continuing high office space demand and occupancy rates, the annual ample new office supply has substantially stabilized rents which have seen little increase since 2015. The year 2019 is no exception – in the first half of 2019 rents increased by 1-2% on average and currently rents for B class office space stand at 9.0–13.5 EUR/sqm and A class office space – at 14.0–16.7 EUR/sqm.

Since the real estate developers continue to be optimistic and continues to offer new projects to the market, stable rents could be expected in the future even under the conditions of the growing economy. In order to retain high occupancy rates, developers will continue to attract tenants by offering competitive rents and the latest office solutions in their developed projects. 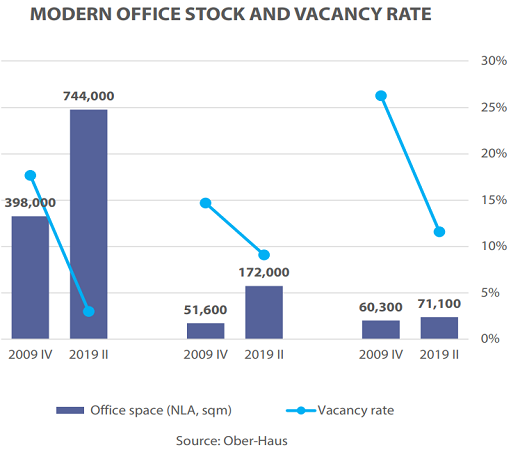 Much larger changes in the office space supply is expected in Kaunas in H2 2019 – in total five new projects (including further phases of earlier projects) should be completed, as a result of which 27,000 sqm of new office space will be provided.

Like in the country’s capital city, the factor of increasing supply over the past three years in Kaunas has reduced opportunities for rent increase, so rents increased only slightly (in proportion to the country’s  inflation rate). In H1 2019, rents for B class office space increased by 3% on average and rents for A class office space remained stable. In mid-year, B class rents in Kaunas stood at 7.0–11.0 EUR/sqm and A class rents – at 11.5–14.0 Eur/sqm. It is likely that in the nearest future office rents in Kaunas will remain at the same level and will attract tenants as they are by almost one fifth lower than those in the capital city. 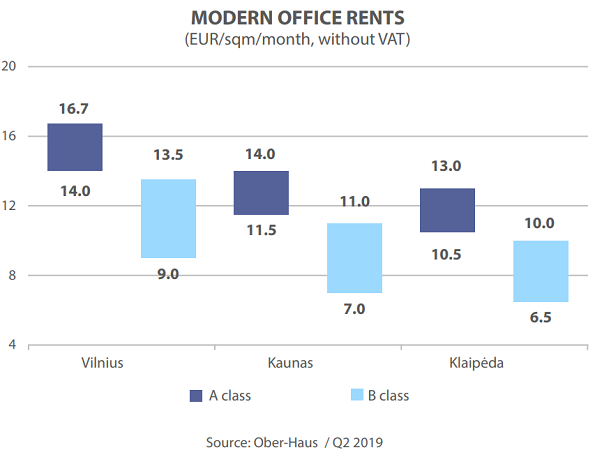 The modern office space market in Klaipėda continues the tradition of symbolic development with only one new project offered each year. This year has been no exception and at the beginning of 2019 the first stage of the private capital research and innovation valley Baltic Tech Park on Liepų Street was completed. On the site of the former industrial building a 2-3-floor building of over 6,000 sqm was built offering retail and office space. The major part of the office space was occupied by Light House coworking space (1,500 sqm). The developer, Viremidos Investicijos, is planning further development of the Baltic Tech Park with potentially three more buildings for various research and business companies.

Although this innovative project has brought new developments in the business and property markets in the city of Klaipėda, this had no major impact on the modern office market statistics in this city. The total area of modern office space has increased by only 18% in the past decade in this city and by mid-2019 totalled to 71,100 sqm. By way of comparison, during the same period the total area of modern office space increased by almost 90% in Vilnius and by 230% in Kaunas.

The first half-year of 2019 saw no major changes in office vacancy levels in the city of Klaipėda, which has consistently decreased over the past ten years, but still is over 10%. During the first half of 2019, the vacancy rate fell from 11.8% to 11.6% and this is the lowest rate since the end of 2008.

Unlike Vilnius or Kaunas, Klaipėda cannot boast of a leap in supply or demand of office space making it difficult to forecast any faster growth in rents than the general price level of goods and services in the country.