For sale buildings of the former Laukzemes Manor (Kretinga district). Laukzemė Manor is mentioned in historical sources from the 16th century. beginning. 16th century it was ruled by Andrew Radziminski. 1685-1692. belonged to the noble Sapiegos. 19th century At the beginning of the 18th century the manor was ruled by German noblemen: von Mirbach, Baron descended from the Curonian Lagoon. - Medem (von Medem), since 1888; - Baron Greg von Stempel. 1913 it was acquired by prelate Konstantina Olšauskas and doctor Ipolitas Stonkus. During the interwar period, Jonas Stonkus, the son of the owner, hosted the manor. 1944 manor house with land nationalized. The farmhouse used the structures for farm production: the magazine and the palace were turned into warehouses. 1958 The manor house was overhauled and transferred to the school. 1982 when the school moved in, the building remained unattended. Currently, the owner is a natural person. The palace is surrounded by a 3.9 ha park with three ponds and tree alleys. Laukzemė town is decorated with renovated parish community house with a monument to former owner of Laukzemė manor Andrew Radziminskis and a beautiful wooden st. Church of the Apostle Andrew. Valuable features of the buildings: 1. Central palace - built in 1903, plastered masonry, neo-Renaissance style, one-storey with balconies, colonnades and pediments, decorated with decorative vases, in the spirit of Mannerist Northern Renaissance. Indoor height - 3.50 m. In terms of cultural value, Kretinga district claimed to be the second after Kretinga manor house. 2. Barn - about 1900. built of logs. 3. Grain warehouse (magazine) - 19th century. built in the beginning, stone masonry building, single storey. Laukzeme Magazine is one of several buildings in Lithuania dedicated to this purpose. 1971 it is declared an architectural monument. 2005 - cultural property protected by the state. All plots under the buildings are the property of the State and their lease agreements have been concluded. Condition of the property for sale: 1. Palace: Only 644.10 sq.m. area. The building has a basement under half of the building, one floor and an attic, the total area of the building can be about 1500 sq.m. The purpose of the building is a school. Condition - physically damaged. The plot under the building - 21 aro, use - Cultural heritage objects, leased until 2058; 2. Barn: total area - 467.97 sq.m., one-storey, log, purpose - outbuilding. Land - 28 acres, use - Commercial, leased until 2060. The lower rotten logs of the building were replaced with new ones, the roof was newly covered with ceramic tiles, windows were replaced. It was planned to make two floors, the first one to be equipped with a banquet hall, the attic - bedrooms. 3. Magazine: total area - 81.53 sqm, one storey, stone masonry, purpose - warehouse. Land - 4.17 aro, use - Commercial, leased until 2030. Reconstruction of the building into a dwelling house was started: the partitions were installed, a stove with a bread stove, insulated loft walls, renovation of the ground floor, newly covered roof with ceramic tiles with skylights, replacement of windows and doors. 4. A separate plot of land of 1.90 hectares shall be sold together with the buildings, the purpose of which shall be agricultural. Fully equipped, all buildings will provide about 2600 sq.m. common area premises. It is possible to buy a palace with a barn and a magazine with a plot of 1.90 ha separately. Negotiations are possible. Distances to: Darbėnai Town - 6 km; Baltic Sea - 9 km; Sventoji - 15 km; Palanga - 20 km; Kretinga - 23 km; Skuodas - 34 km; Klaipeda - 50 km. 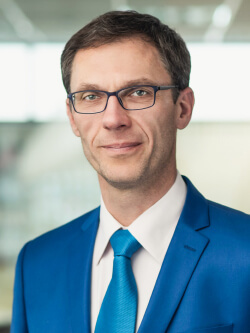